How to Use Individual Plug-in Presets in Effect Rack

Between its semi-modular nature and expanded capabilities for Soundtoys' standalone effects, Effect Rack is an incredibly versatile tool, built to tackle any sonic situation. It's got preset channel strips for earth-shattering bass, effect chains for warm, lush vocals, and experimental analog attitude for everything in between. However, sometimes you just want to build an effect chain from scratch for the greatest possible level of detail.

If you're using your favorite standalone plug-ins such as Decapitator or EchoBoy, you likely already have some favorite presets for those individual effects. If so, while you build your Effect Rack chain one plug-in at a time, you might find yourself wondering how to access those individual presets from directly within the Rack.

How to Reveal the Preset Window

1. First, you'll want to load up your favorite standalone plug-in in the Effect Rack, then locate the Gear icon in the top right of the plug-in's window. 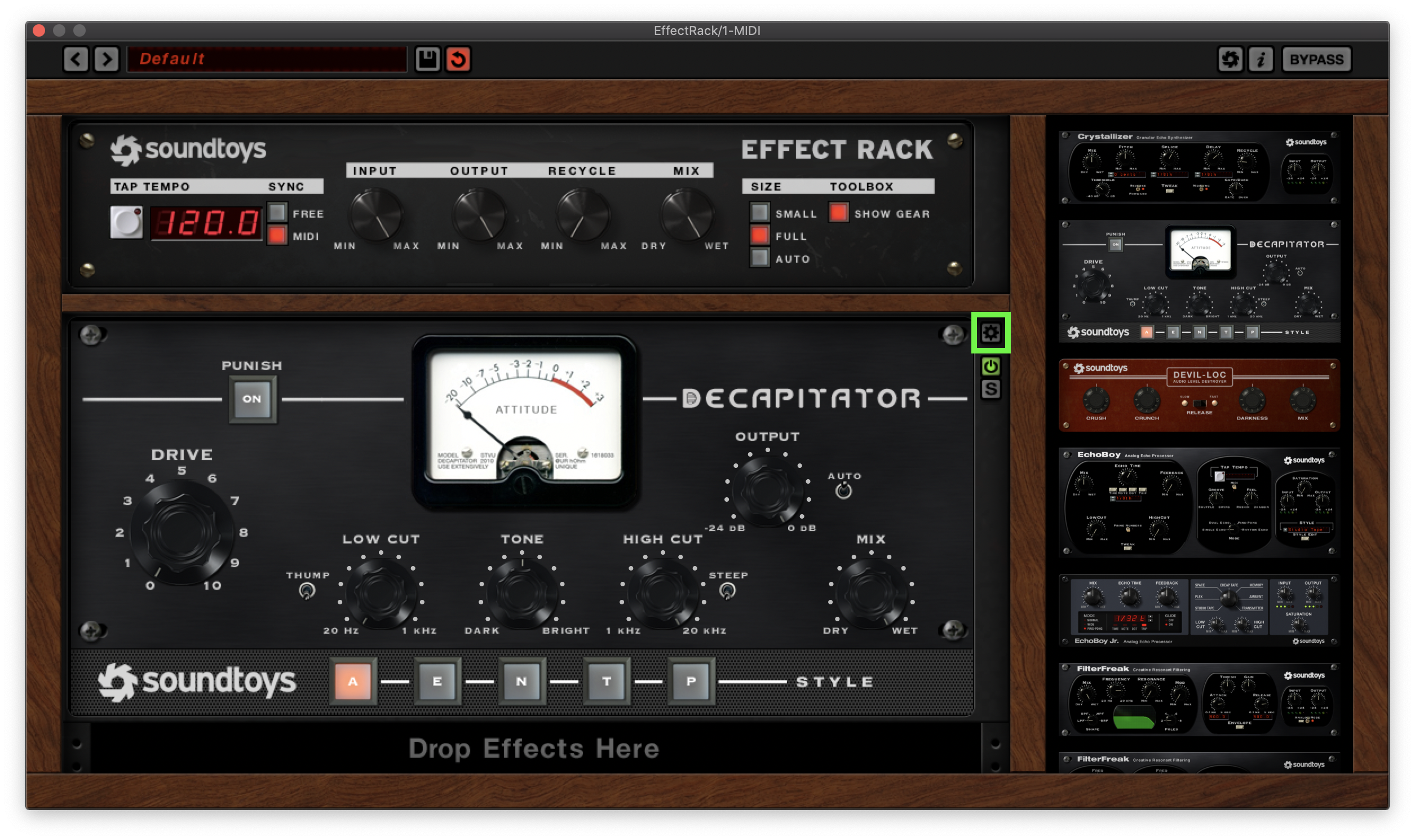 2. After clicking on the Gear icon, a small bar should appear directly below the plug-in's interface, which will include a drop-down menu where you can access the plug-in's presets. 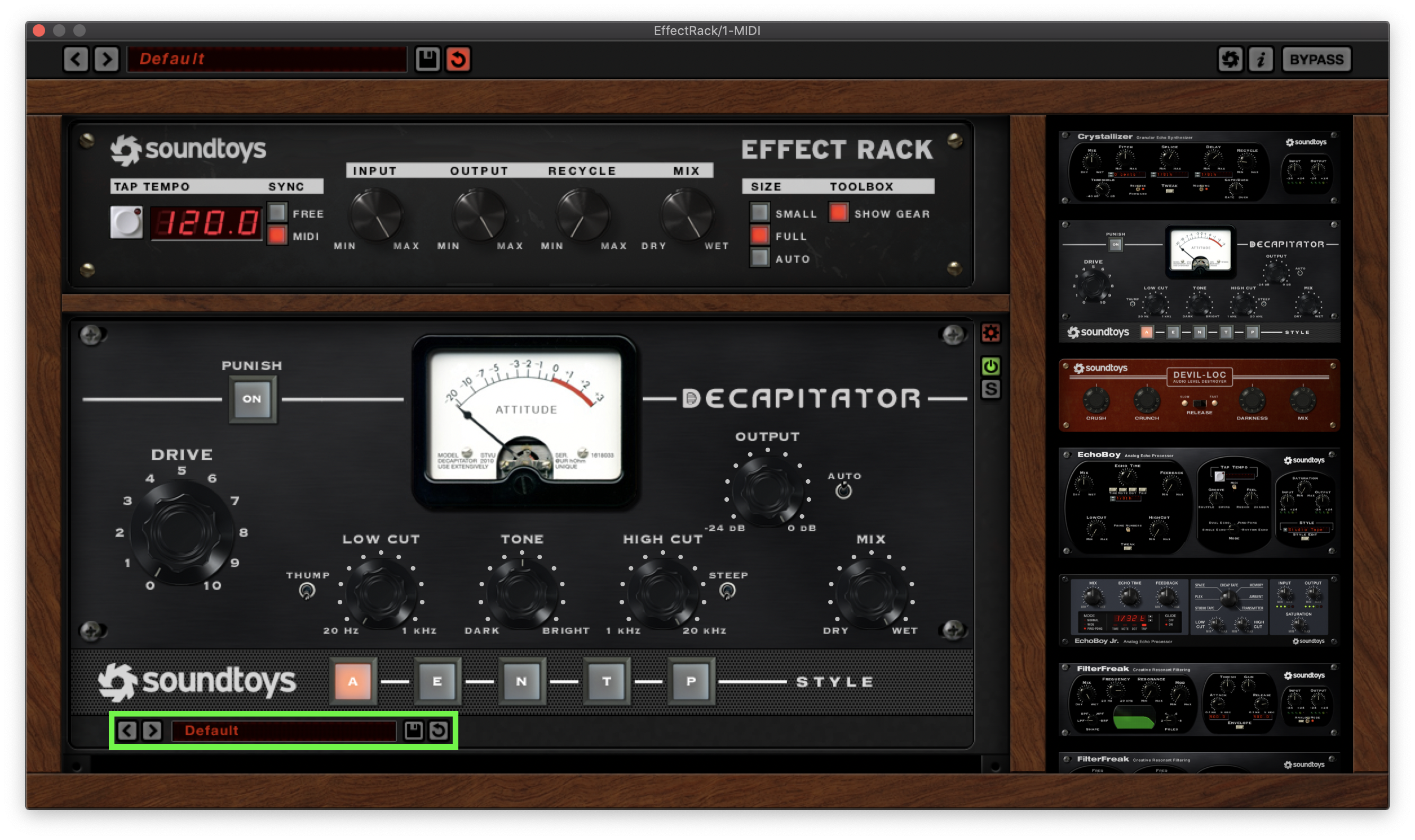 3. Go ahead and click on that dropdown menu, and select your favorite preset. After that, you're all set! Have fun exploring all the sonic possibilities of the Effect Rack! 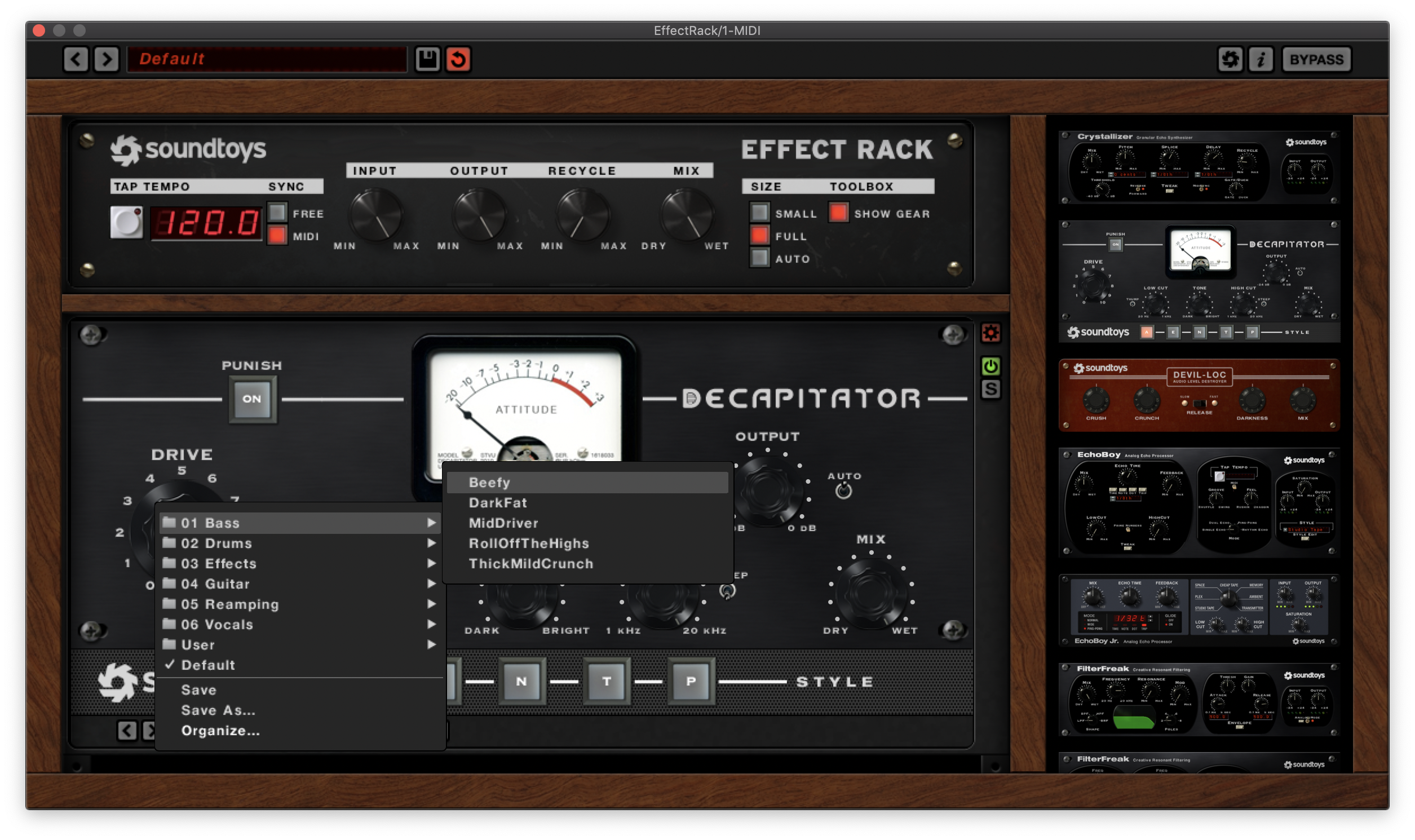 Did this answer your question? Thanks for the feedback There was a problem submitting your feedback. Please try again later.
Last updated on May 11, 2021